Tom Clancy's Tank and Other Collectibles 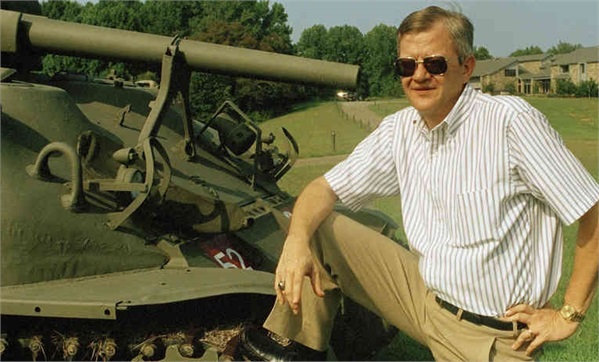 Tom Clancy, author of The Hunt for Red October and many other military and intelligence thrillers, died in 2013. He left an estate estimated at over $80 million, which included a tank “with low mileage.”

There was no secret to Clancy’s love of military technology, both high and low. Some questioned he could only have gleaned the details in his early books through classified documents. Even before WikiLeaks, Clancy proved how much information was readily available if one knew where to look, and if one used a little imagination to connect the dots on the technological continuum.

Besides the tank, Clancy left other military collectables, which his current wife, designer Alexandra Marie Llewellyn, could probably use to decorate her upper Eastside Manhattan home.

Although few people are ready to die when they die, each of us who enjoys collecting as a hobby should take note of a few rules along the way:

In some cases, a collectible means more than just an investment. If this is the case, take the time now to share the love with those who will inherit it. You would be surprised how this will bring you together and provide a shared memory that will last for generations.